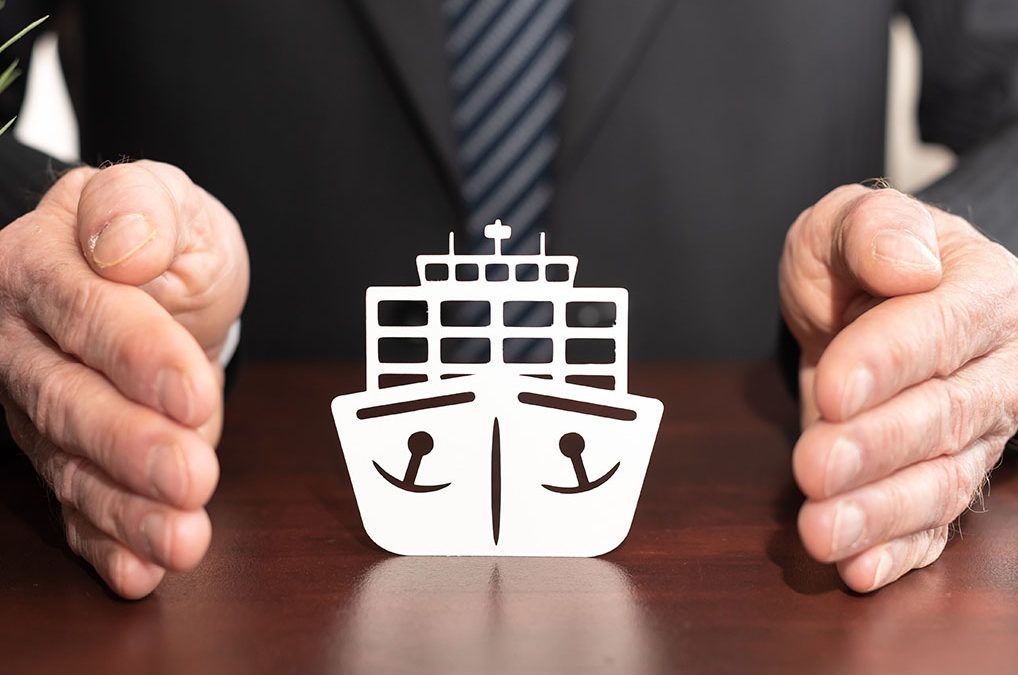 Underwriting may be individual and experience-based. However, there is room for automation. Alexander Stolte, Senior Underwriter and Business Analyst, on the specifics of rules, context, structured data and the possibilities of automation in transportation insurance.

What exactly is behind the term “automated decision” in underwriting?

In contrast to AI, for me an automated decision is something that is rule-based in the first step. It is always a decision that can be taken on the basis of rules that have been “taught” to the system beforehand. In my understanding, automation is also always based on the data recorded in the system. This means that it does not happen from a vacuum, but someone must have captured data or made it available from external sources, so that a system can apply the defined rules to it.

Some people in insurance see an automated decision as something over which they have no influence at all, since the overall responsibility for the process would have been handed over to the system.

Some people in insurance see an automated decision as something over which they have no influence at all, since the overall responsibility for the process would have been handed over to the system. This would be difficult, of course, because not every actuarial risk is the same. A system can support decision making to the same extent as an underwriter currently takes decisions based on information received within the framework of company or department-specific underwriting guidelines. Therefore, a rule-based decision may also be to cause the system to abort the assessment and transfer process responsibility to the underwriter. A corresponding rule could therefore be: “As a system, I cannot decide that now.” The result of the systemic assessment can also be an automated rejection of the risk (“I don’t want to insure this.”). This means that I can also specify that the system should not make a decision at all.

Does this also mean that the system basically makes a decision free of subjective influences? Yes and no. The subjectivity in automated decisions is naturally created by the person or persons who define the rules. This is where experiences and influences flow in. And that’s a good thing, because it’s precisely these experiences, from underwriters for example, that are an important part of the rules: “If this  specific constellation occurs, we as a company don’t want to insure it, or only at a defined price, or only under specfic conditions. This ensures that the handwriting of those responsible remains visible.

The limits of automation lie in the magnitude of risks. The larger and more individual risks become, the more difficult it becomes to record them in a structured and comprehensive manner in the system so that an automated decision can be made there. Someone must also find it responsible that a control system makes a decision there.

Does it make sense to structure automated underwriting decisions by product? Would it be correspondingly easier to automate a liability product than a transport product?

As an insurance company, I can generally structure risks for a smaller company with, for example, two million euros turnover per year more strongly. I can easily define which criteria I want to use to make decisions, which criteria I need to record in order to be able to make a decision.

In contrast to the transportation insurance, risks in liability insurance can be structured much better in terms of all the data I initially need to describe a company in principle. However, there is a second dimension here. It’s a fact that a liability insurance policy for a large company, say a well-known German chemical company, is much more difficult to assess and describe than it might be for a hairdressing business in the neighbourhood.

To what extent are automated decisions suitable for transport risks?

For transport risks, insurers can structure data in such a way that individual transports can be evaluated in any case. The risk can be assessed on this basis. If an insurer looks at the risks of a company that has perhaps several thousand transport movements per year, the question arises: can I structure this reasonably as an insurer and can I also record information accordingly? Possibly the same type of goods is transported on a regular base, perhaps the same transport routes are always used?

As an underwriter, I analyse this as well: what does a customer whom I want to insure ship, on which routes, how often, with which values, with which means of transport, against which risks? I remember one of my first clients from the food industry from back in my underwriting days. He showed me how the purchase transports work, i.e. what he receives from suppliers and what is subsequently sent back on the transport route as a semi-finished product or as an end product and then in trade for sale. At that time we talked in great detail about transport routes, means of transport, the goods transported. All that happened in my head was that these risks were clustered and packed into structures in which I, as an underwriter, could classify the risk.

Of course I am aware that nowadays many transport insurance contracts are concluded on a revenue basis. In this context, turnover as an abstract factor is representative of the transport volume per transport relation, which is not a direct measure of the amount and scope of the risk assumed. On the other hand: the underwriter also succeeds in deriving a premium rate here. In doing so, he takes into account, among other things, the type of goods transported, the maximum means of transport, the deductible and the previous loss history. In a comparison of two companies with similar transport movements, turnover will then tend to be degressive – i.e. higher turnover, lower turnover-based premium rate – a kind of volume discount, so to speak.

What would be an example of structured data in marine insurance?

Let’s choose a simple scenario: transport of a load of TV sets. Here I could build up an automated decision by not using a general term like “TV sets”, but rather by selecting from a list of goods classes, for example “TVs” or “flat screens” or something similar. By being able to select from the list, I have given the system a certain context. For I have said: “You are now the description for the good” and “You are a very concrete value”. Using the underwriting rules I have established for “flat screens”, for the risks to which the structured element “flat screen” is potentially exposed in transit, the system can now operate automatically.

As a result I have taught the system what a television means to me as an insurer from the risk perspective.

Choosing the exact transport route something similar could happen. The televisions are transported from Shanghai to Rotterdam. Now I can enter “Shanghai” and “Rotterdam” as free text. However, this does not give the system any context, because “Rotterdam” could be any name or designation. How does the system know whether this information is the delivery location or the destination of the shipment? How does the system even know what a shipment and a delivery point is?

Let me make an analogy with an airline’s booking system. If you book an airline ticket as a private person, you also select a specific value from the list of airports that this airline serves. And you might find a concrete value that is also your destination. This is a form of structuring the data.

Structured data can be used to define rules that a system “understands”. The system does not make a decision at this point. If the system now recognizes the two locations as delivery location and destination, it can determine the transport distance. If the type of transport means, such as airplane, sea ship, or container is added, I get a very concrete picture of this transport.

Structured data is not necessarily already used by industrial insurers?

Many insurers are on the way there. On the company side, for example with freight carriers, there is also a lot happening in the direction of data structuring, as they sometimes want to offer insurance in addition to the transported freight.

But beware, we are talking about individual transports, an individual risk. That is not necessarily what industrial insurance is all about. As an industrial insurer, you wouldn’t want a large chemical group, let’s stick to this example, to have to declare or announce every single transport from Germany to somewhere in the world, or from somewhere in the world to Germany, or between its subsidiaries worldwide. This is an unmanageable mass of information for the customer. At least not at first glance. Of course, there are also considerations as to how to make something out of the data that prevails in purchasing. But I think it’s illusory at first to think that this leads to anything.

However, some insurers are already trying this in the somewhat smaller customer segment. Let’s assume a certain class of transport is always carried out for a customer. We imagine a small furniture manufacturer that carries out its transports within Germany or has them carried out. The business transports shelf units worth between 1,000 euros and 10,000 euros, which are transported from their location in Germany to other locations in Germany and always by truck. This is a very well clusterable risk that can be combined with a premium decision that is generally easy to assess. In view of the sales figures of this furniture manufacturer, which, as an example, sells 2000 units a year, a clear picture of the transport risk emerges. Let’s take the chemicals group mentioned above as an example. It will be difficult to transfer this dimension.

Conclusion: The main challenge for automated underwriting decisions in the context described above remains the creation of structured data.